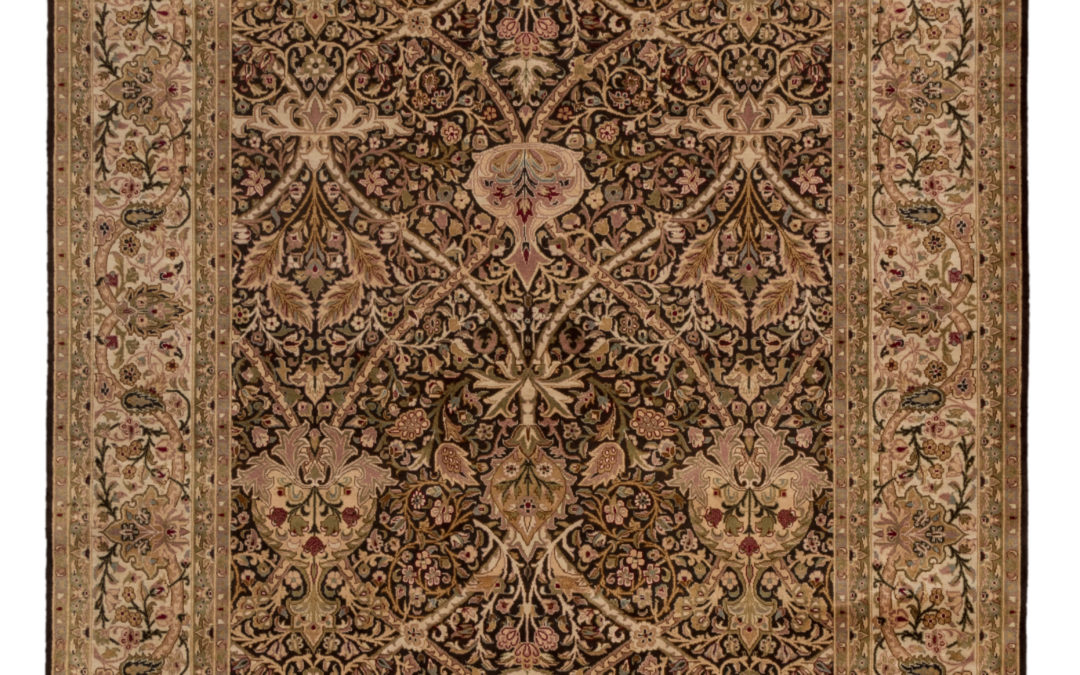 William Morris (24 March 1834 – 3 October 1896) was a British textile designer, poet, novelist, translator and socialist activist associated with the British Arts and Crafts Movement. Morris is recognized as one of the most significant cultural figures of Victorian Britain. He was best known in his lifetime as a poet, although he posthumously became better known for his designs. The William Morris Society founded in 1955 is devoted to his legacy, while multiple biographies and studies of his work have been published. Many of the buildings associated with his life are open to visitors, much of his work can be found in art galleries and museums, and his designs are still in production.

During his lifetime, Morris produced items in a range of crafts, mainly those to do with furnishing, including over 600 designs for wall-paper, textiles, and embroideries, over 150 for stained glass windows, three typefaces, and around 650 borders and ornamentations for the Kelmscott Press. He emphasized the idea that the design and production of an item should not be divorced from one another, and that where possible those creating items should be designer-craftsmen, thereby both designing and manufacturing their goods.

In the field of textile design, Morris revived a number of dead techniques, and insisted on the use of good quality raw materials, almost all natural dyes, and hand processing. He also observed the natural world first hand to gain a basis for his designs, and insisted on learning the techniques of production prior to producing a design.

In March, 1875, Morris became the sole owner of what became William Morris Company, buying out the shares of his partners. He decided to diversify the products by adding carpets, a market that was almost totally dominated by original or imitation oriental carpets. Within three months, he had registered his first design for the Cataline floor cloth, a decorative covering for linoleum floors, a material which had been invented in 1855. By December had registered two designs for machine-woven carpets which he had made by the Wilton Royal Carpet Factory.

As usual, Morris set a high goal for himself. His aim, he declared, was to make England independent of the Orient for the provision of hand-make carpets which aspire to the status of art. He made a careful study of techniques and materials, and made a series of experiments. When he moved to Kelmscott House in 1879 he began to produce a series of carpets called Hammersmith. He hired a labor force of young women to work on looms he set up in the former stables and garage of his London residence. He also revived the art of hand-knotting for making small carpets.

In the 1880s, in addition to the Hammersmith carpets, Morris created series of designs for machine-made Axminster and Kidderminister carpets, made at the Wilton factory or at Heckmondwike Manufacturing company in Yorkshire. Many of the carpets he designed used the patterns he had invented for printed fabrics, but others, particularly the Hammersmith carpets, resembled the designs he made for his woven textiles. His early carpets sometimes borrowed popular oriental motifs. The designs he made for Axminister and Wilton carpets were less lavish in their ornament and more geometrical, to make them more affordable.

In 1881 he moved the workshop to Merton Abbey, where there was space to weave much larger carpets commissioned by his clients. His designs for these large Hammersmith carpets moved farther away from the Oriental influence, and took on a more specifically English style. As with his wallpapers other textiles, his inspirations were most often flowers, plants and animals found in English gardens.

One particularly notable design was the Bullerswood carpet, was made in 1889 for the wool trader John Sanderson, who had a country residence called Bullerswood in Chislehurst, Kent. Morris made two versions of the carpet for the house, in collaboration with his assistant John Henry Dearle. Extremely complex, they were virtual anthologies of all of the motifs of Morris.[14] Morris made one carpet for the living room and another for the front hallway. He also strictly supervised the decoration of these rooms, so it would be in harmony with the carpet.

Morris explained his ideas about textile designs in a group of essays by members of the Arts and Crafts movement published in 1893. In his essay on textiles, Morris wrote: “The aim should be to combine clearness of form and firmness of structure with the mystery which comes of abundance and richness of detail…Do not introduce any lines or objects which cannot be explained by the structure of the pattern; it is just this logical sequence of form, this growth which looks as if, under the circumstances, it could not have been otherwise, which prevents he eye wearying of he repetition of the pattern.”

As to colors for carpets, he wrote in his essay on textiles; “The soft gradations of tint to which Tapestry lends itself are unfit for Carpet-weaving; beauty and variety of color must be obtained by harmonious juxtaposition of tints, bounded by judiciously chosen outlines, and the pattern should lie absolutely flat on the ground. On the whole, in designing carpets the method of contrast should is the best one to employ, and blue and red, quit frankly used, with white or very light outlines on a dark ground, and black or some very dark color on a light ground, are the main colors on which the designer should depend.” 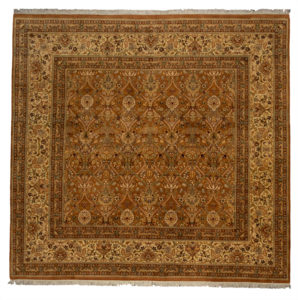 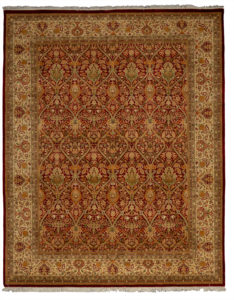 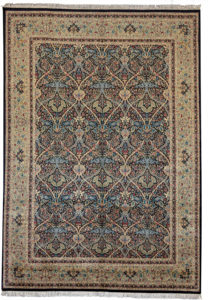 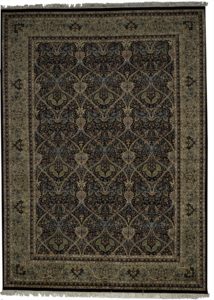