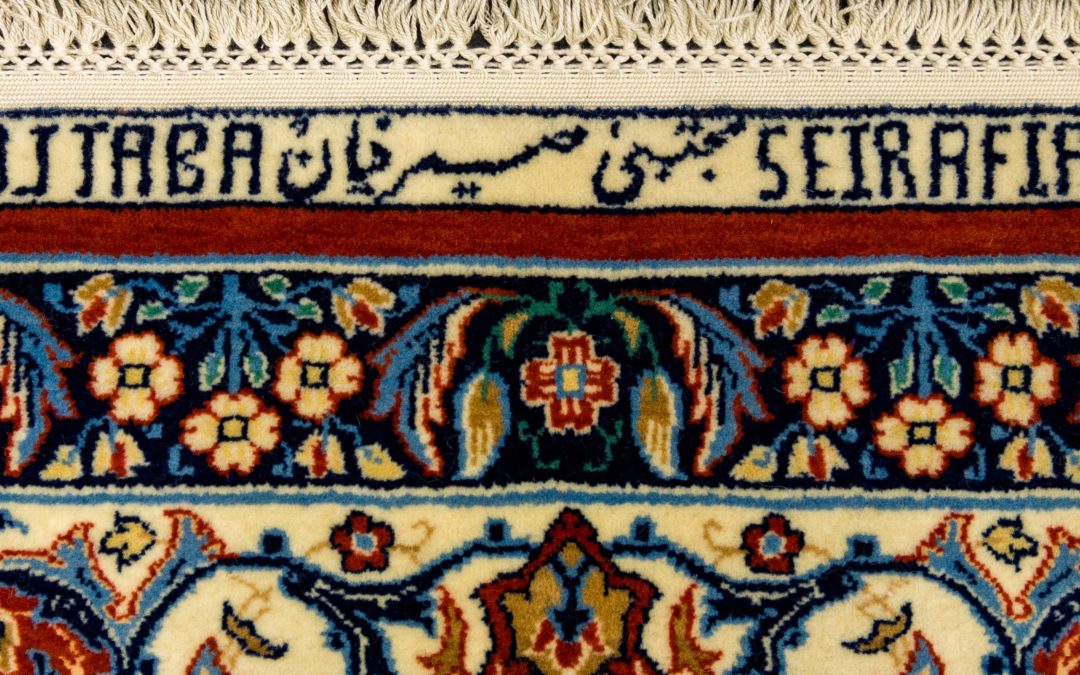 The Seirafian Isfahan moniker is synonymous with luxury, exclusivity and quality. Among the great city
carpets produced in Iran are a sub-group of rugs recognized for their outstanding construction, quality and
design. These are the carpets produced by master weavers who are capable of taking the beauty and
construction of carpets to new heights. For three generations and nearly one hundred years, master
weavers in the Seirafian family have produced Seirafian Isfahan rugs that exceed the quality and
standards of the rest of Isfahan and other carpet-producing cities.

In Isfahan and internationally, the Seirafian name is recognized as the best of the best, and they have
retained this designation for generations. The family’s reputation in the carpet industry goes back to 1939
when the respected banker, investor and carpet collector Haj Agha Reza Seirafian (1881-1975) entered
the rug business. Seirafian’s seven sons and 24 grandsons followed in his footsteps and continue to
produce fine carpets today. The late Agha Reza Seirafian began his career in the carpet industry after
acquiring two unfinished rugs from a master weaver who owed him money. After completing the rugs,
Agha Reza Seirafian embarked on a quest to improve the standards of the time. Agha Reza Seirafian was
an innovator who tripled the knot count from an average of 270 knots per square inch to 500 or more. By
using the best materials, designers and weavers, the Seirafian rug conformed to a new standard of quality
and elegance.

The Seirafian workshops emerged during the height of the weaving revival in Isfahan, but everyone
wasn’t happy about the improved quality. Competitors sued the Seirafian rug makers alleging unfair
competition for paying their workshop employees more. Fortunately, the courts allowed Seirafian to
continue producing high-quality Persian rugs and paying his workers accordingly. The Persian Seirafian
rug is often woven with a silk foundation and a Kurk wool pile that allows weavers to achieve the high
knot count that Seirafian Esfahan rugs are known for. Premium Kurk wool sheared from the chest and
shoulders of lambs is one hallmark of a fine Persian Seirafian rug.

Since the early days of carpet production in Isfahan, weavers have added detailed accents with silk and
metallic fibers. The versatile weavers of Seirafian Esfahan rugs produce a variety of styles, including
medallions, pictorial scenes, prayer carpets and curvilinear arabesques with spiraling vine scrolls. The
legacy of the Persian Seirafian rug endures as master weavers in the family continue to create timeless
heirloom persian rugs today. 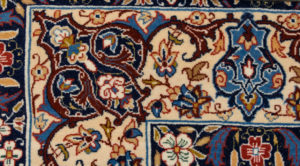 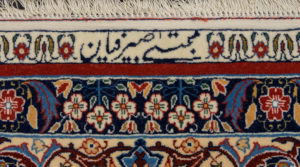 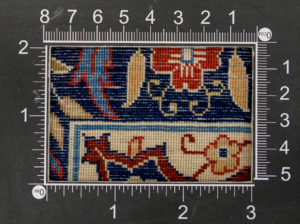 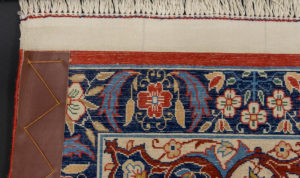 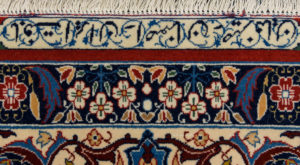 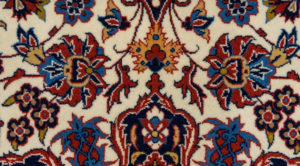 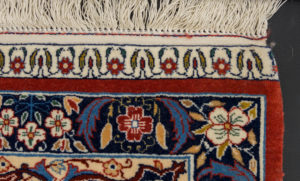