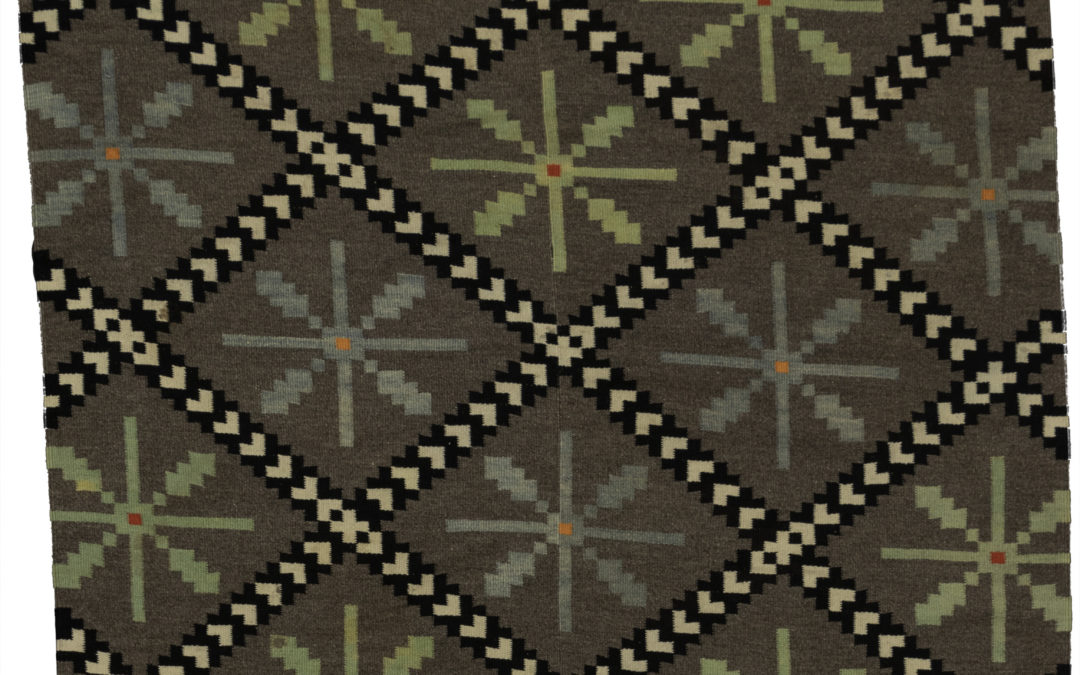 The weaving traditions of the southwestern United States and northern Mexico predate the European colonization of either, and begin with the Puebloans, a settled American Indian civilization famous for their villages carved in the sides of cliffs (or other rock faces). Shortly before Europeans arrived, in the form of Spanish explorers, the lands to the west of the Pueblo villages in northern New Mexico were settled by the previously nomadic Navajo tribes, mostly in what is now northeastern Arizona. The Navajo, or Dine (People) as they called themselves, were thoroughly impressed by the innovations and traditions of the Puebloans, especially the cultivation of corn, as well as of course their weaving of cotton fiber yarn. Trade began in earnest, and with trade comes knowledge, thus the Navajo began to weave.

Navajo weaving was originally a continuation of the Pueblo blanket and shawl weaving craft, and cotton was used exclusively. The latter changed with the coming of the Spanish military and settlers, who brought with them horses and sheep. The horses were first traded for and stolen by the Navajo in order to increase the effectiveness of the raids they used in resisting Spanish incursions, and through these raids they acquired sheep, whose wool they soon found to be perfect for weaving their blankets. The wool used by the Navajo set their blankets apart, though Pueblo remnants would acquire wool as well.

After the development of wool blankets, the Navajo weaving style gained popularity with Spanish settlers as well as surrounding Native tribes, who would wear the blankets as symbols of their wealth and status. The transition from blanket to rug would take a few hundred more years, well after Anglo-American settlement of formerly Spanish, then Mexican, lands after the Mexican American War.

Following a series of conflicts between the tribes of the west, including the Navajo, and the United States military, trading posts were established and developed in or near Navajo territory in order to sell the goods, largely art, of the tribes. These traders eventually came up with a way to capitalize on the popularity of both the Navajo weaving style, with its stripes and geometric chapes, and oriental rugs, which were coming into fashion near the turn of the 19th and 20th centuries. They asked their suppliers in the native communities to make thicker versions of their blankets to serve as rugs, and in this way provided a financial incentive to combine the ancient weaving traditions of both the old and new world. By now the patterns should be very familiar to any American who has spent time in the southwestern states, as the art of the region has been suffused with the influence of the blankets and rugs that the Navajo people continue to weave to this day. 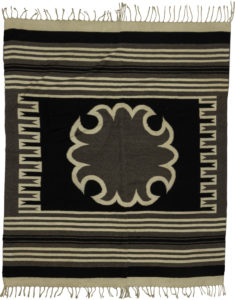 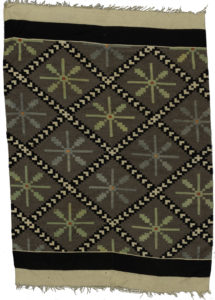