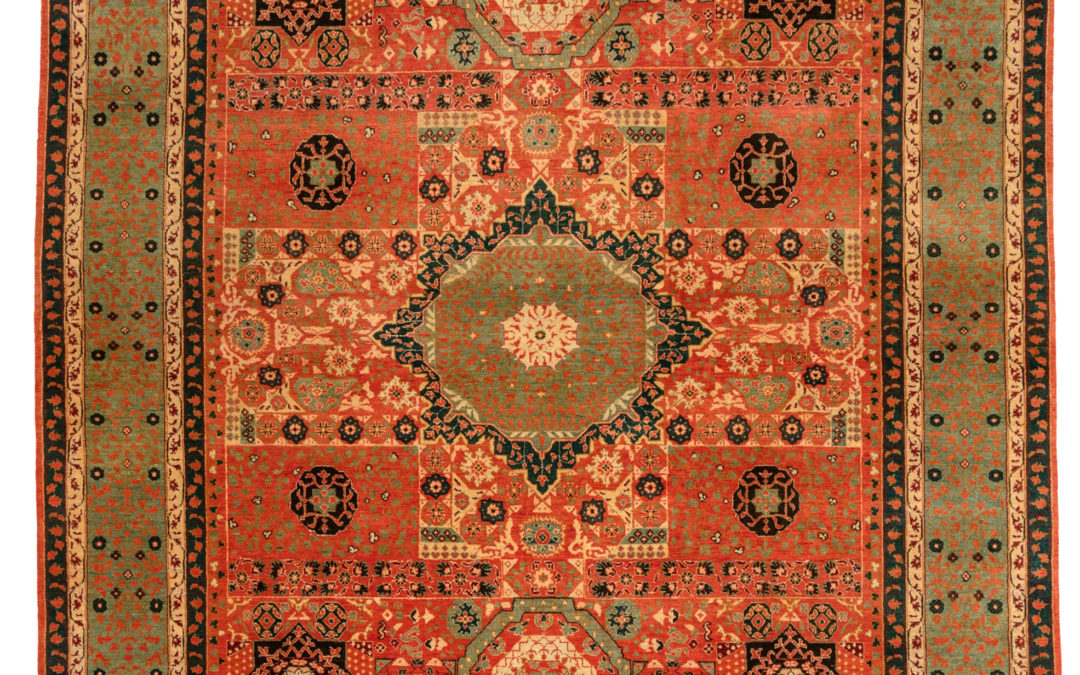 For a rug which is at least as interesting to explore as it is to experience, look no further than the dazzlingly intricate Mamluk rugs, with enough history to serve as a conversation piece as much as art for your floors.

Mamluk rugs are originally of Egyptian design, named for the Mamluk (or Mameluke) Sultanate, the last set of Egyptian dynasties of the Middle Ages. This sultanate was in turn named for the Mamluk class of soldiers that had seized control of the former Ayyubid Sultanate in modern day Egypt. This class of elite warriors started their military careers as slaves and would usually receive “freedom” in return for more voluntary loyalty, making them, for the most part, an exceptionally loyal military class, much like the knights of Europe.

At its height this kingdom ruled over Egypt, Syria, and a part of modern-day Saudi Arabia called Hejaz. These former slaves were generally of Turkic heritage, often Cumans taken from what is now southern Ukraine and Russia. Their rule began as a sort of military junta in 1250 AD which seized control from the last Ayyubid Sultan Al-Ashraf. His wife Shajar ad-Durr served as a puppet Sultana (queen)before one of the factions within the Mamluks managed to establish dominance and thus a dynasty of their own in 1261. Mamluk rule in Egypt ended in 1517 with Ottoman conquest.

The popularity of these rugs in the West goes all the way back Renaissance trading hub of Venice in Italy comes through in the paintings of the period, showing up in the work of Lerenzo Lotto and Carlo Crivelli, among others. Trade between East and West ran largely along the Silk Road to Venetian trade ports in the Eastern Mediterranean, and most of this had gone through either Constantinople (Istanbul) in Turkey or Alexandria (Iskandariyya) in Egypt. Damascus was often a crossroads for this trade, thus the earlier term for Mamluk rugs.

These Mamluk rugs consist largely of intricate geometric patterns and favor red, yellow, and green colors. This style is what led early 19th Century scholars to conclude that the designs were indeed of Egyptian origin, having compared the designs to other Egyptian art, especially their famed ceramic tile art which had and still has very similarly complex, almost kaleidoscopic designs. Before this research it had been believed that the designs were Syrian in origin, as they had been referred to as “Damascus Rugs” previously and had been made for the most part in Turkey, where many are still produced today.

Mamluk rugs are also made in India and Pakistan, in most cases adhering to the traditional style and colors. However, some more transitional interpretations have been woven as well, primarily through a departure in terms of color but also in the knot count, with a coarser weave leading to a more informal, relaxed look and feel. These variations also increase the accessibility of Mamluk designs by decreasing the cost of labor and thus the rug’s consumer price. 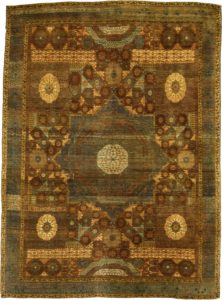 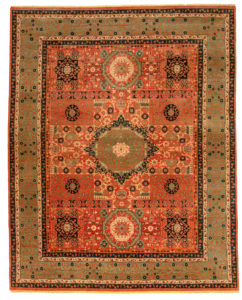 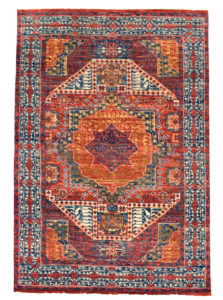